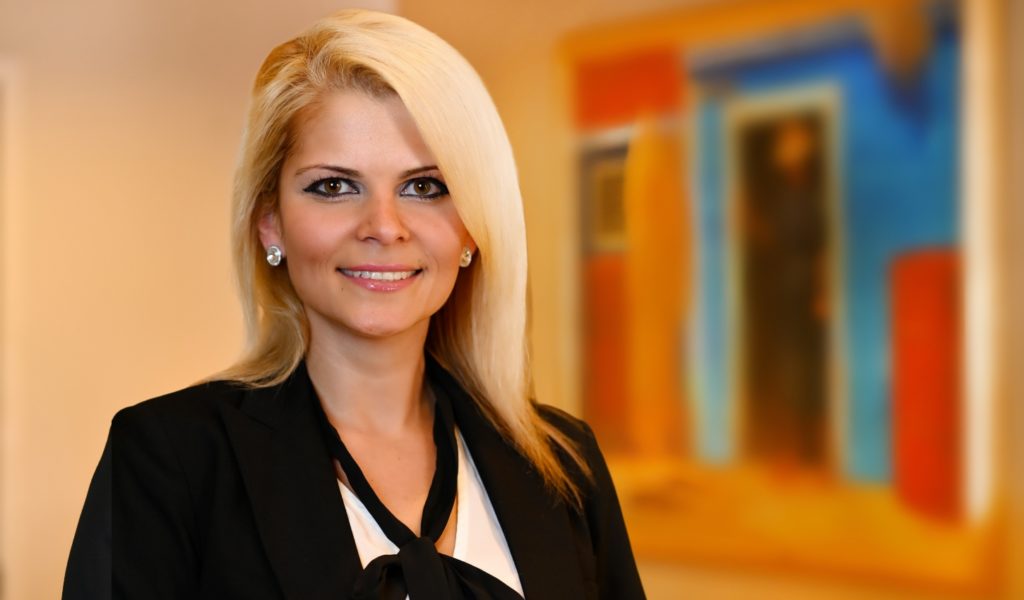 Ms. Vlasova is an Associate at Dudley Newman Feuerzeig LLP, and is a member of the firm’s transactional department. Ms. Vlasova’s areas of practice include residential and commercial real estate transactions, probate, and business formation and licensing.

Prior to joining Dudley Newman Feuerzeig LLP, Ms. Vlasova served as an Assistant U. S. Attorney at the U.S. Attorney’s Office for the District of the Virgin Islands on St. Thomas, where she represented the United States in criminal cases that involved fraud, conspiracy, violent crimes, narcotics and firearm offenses before the District Court of the Virgin Islands and the Third Circuit Court of Appeals. Representative cases include:

Before moving to the U.S. Virgin Islands in 2016, Ms. Vlasova was an Associate General Counsel at the U.S. Department of the Interior, Office of Inspector General in Washington, D.C., where she handled complex legal matters associated with audits, evaluations, and investigations involving fraud against the federal government. In addition, Ms. Vlasova received a Council of Counsels to the Inspectors General (CCIG) Award for designing and managing the legal intern program open to the seventy-three inspector general offices across the federal government.

In addition, Ms. Vlasova served as a Special Assistant U.S. Attorney at the U.S. Attorney’s Office for the Eastern District of Virginia, where she represented the United States in cases that involved wire fraud, aggravated identity theft, health care fraud, and bulk cash smuggling. Ms. Vlasova received a Certificate of Recognition from the U.S. Department of Homeland Security for her contributions to a multi-agency criminal investigation of a significant threat to sensitive U.S. Government and private sector IT systems.

While in law school, Ms. Vlasova was an active member of the Moot Court National Trial Team, Pre-Trial Litigation Practicum, and the Executive Board of the Journal of Law, Philosophy and Culture. In addition, Ms. Vlasova completed an internship with the Felony Division of the Montgomery County State’s Attorney’s Office.

Ms. Vlasova is licensed to practice law in the U.S. Virgin Islands, Maryland, and the District of Columbia.